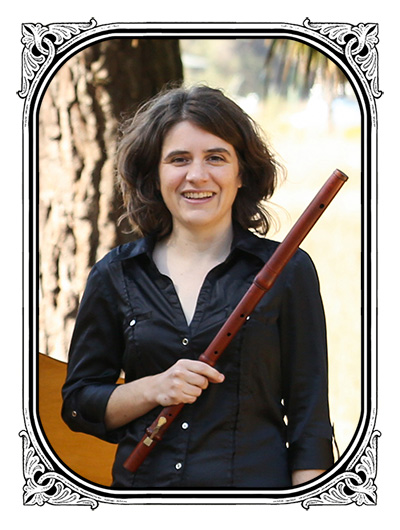 Jeana Melilli is Principal Flute of the Savannah Philharmonic and also serves as piccolo/third flute for the Greenville Symphony (a favorite orchestra of NPR’s “Performance Today”), Columbus (GA) Symphony, and the South Carolina Philharmonic. She is an extra musician for the Atlanta Opera, the Atlanta Symphony Orchestra, the Atlanta Ballet, the Coastal Symphony of Georgia, and the Charleston Symphony.  She has appeared on recordings with the Atlanta Chamber Winds, the Sequence Ensemble, and the Atlanta Opera’s production “The Golden Ticket” by Peter Ash.

An avid chamber musician, she has frequently appeared on chamber concerts for the Savannah Philharmonic since its inception and is a founding member of the Hamsa Trio and the Five Points Quintet. On Baroque flute, Jeana has studied with Stephen Preston at the Wildacres Flute Retreat in North Carolina and worked with the early music ensemble at Northwestern.

Jeana received her BM in Flute Performance from The Catholic University of America, studying with Carole Bean (National Symphony) and Carl Hall (Atlanta Symphony). She received her MM from Northwestern, studying with Walfrid Kujala (Chicago Symphony). She performed in the Closing Ceremonies of the 1996 Olympic Games with the Atlanta Symphony Youth Orchestra (which is still the coolest thing ever).