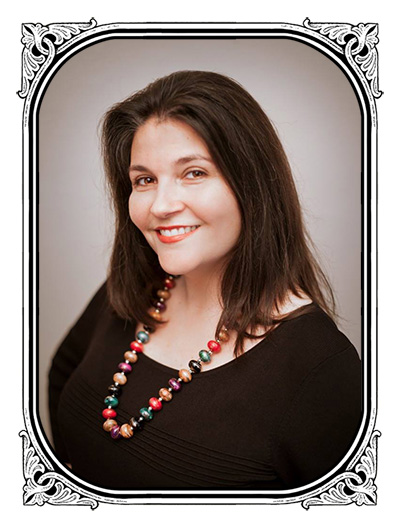 Soprano Tina Zenker Williams has been favorably reviewed by critics for “her infectious melisma passages” and “beautifully etched voice” (Tampa Tribune). Since Ms. Williams’ 1996 debut, she has performed Villa-Lobos’ Bachianas Brasileiras No. 5, Schubert’s Mass in G and Handel’s Messiah with the Florida Orchestra, Mozart’s Requiem and Haydn’s Creation with the Savannah Philharmonic, Mozart’s Vesperae solennes de Confessore with the Tampa Bay Chamber Orchestra, Rutter’s Requiem with the Savannah Choral Society, and Haydn’s Nelson Mass and J. S. Bach’s Cantata 140 with the Charleston Symphony Orchestra. She has twice been a featured performer of the Savannah Music Festival, singing recitals of American art songs and music of the Baroque.

Opera roles include Norina in Don Pasquale, Monica in The Medium, Miss Silverpeal in The Impresario, Belinda in Dido & Aeneas, Annina in La Traviata and Dorine in Tartuffe.

Equally at home with early music, Ms. Williams has recently performed J. S. Bach’s Wedding Cantata 202 with the Savannah Philharmonic Chamber Ensemble, and songs of Purcell and Buxtehude with Catawba River Baroque. She performed collaborative recitals with a trio of sopranos called Les Voix Hautes, dedicated to composers from the sixteenth through eighteenth centuries. She has also collaborated with the Goliards ensemble, singing melancholy love songs of the fifteenth century.

As a professional chorister, Ms. Williams sings with the Charleston-based Taylor Festival Choir and is a featured soloist on their newest CD, a debut recording of Michael McGlynn’s Celtic Mass. It will be released later this year on the MSR label. She is also featured on their Christmas CD titled “Sing we now of Christmas.” She recently toured Ireland with the Taylor Festival Choir and will be part of a documentary of the tour entitled “From the Low Country to the Old Country.”
Ms. Williams did graduate work at the Peabody Institute, and earned a Master of Music from Georgia Southern University and a Bachelor of Music from the University of South Florida. She maintains an active independent voice studio in Savannah, and is the cantor for the weekly Compline service at Christ Church Anglican.