Savannah Morning News published this article in their weekly arts and entertainment publication DoSavannah in advance of our debut concert. 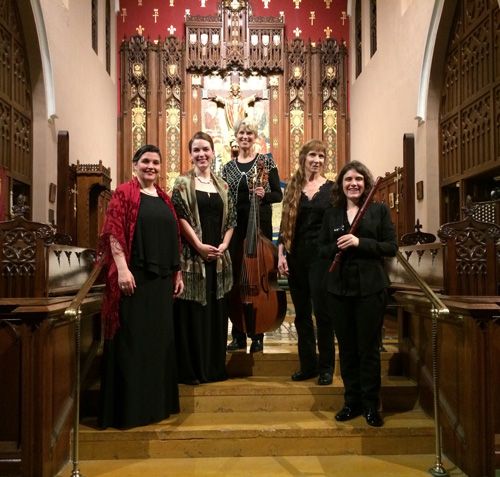 “That means I do practically anything having to do with harpsichords, early pianos and clavichords,” Acker says. “I build, I restore, I write about them, I perform on them, I lecture on them and I do appraisals.”

“I was obsessed with pianos,” she says. “But I began finding the piano just wasn’t doing it for me.

“A friend had a harpsichord and I played it. I heard a recording and I was sold.

“Then it became a quest to acquire them,” Acker says. “I looked for harpsichords and early pianos.”

Her oldest piano dates to 1790 and her oldest harpsichord to about 1700.

“I only have one antique Italian harpsichord and it’s unrestored and decrepit,” Acker says. “All the other ones I have are reproductions.”

Acker is a member of The Goliards, a local renaissance music group. She had long hoped to form a group to play Baroque music, which dates from 1600 to 1750.

That dream has now become a reality. Savannah Baroque will present its debut concert May 13 at St. John’s Episcopal Church on Madison Square. Joining Acker, who will play harpsichord and organ, will be sopranos Ashley Adams Roper and Tina Zenker Williams, Jeana Melilli on flute, Ann Cafferty on violin and Marcy Brenner on viola di gamba.

Roper and Acker are both members of The Goliards.

“We had always talked about doing some baroque,” Acker says. “I love baroque music and I love harpsichord.

“There is a gap in Savannah for doing much with that genre. I’ve played some baroque music with the Philharmonic in chamber concerts and some big concerts.

“That’s how I met Jeana Melilli, and Tina Zenker-Williams and I performed together through Philharmonic chamber music,” Acker says. “Ann Cafferty said, ‘Let’s do some harpsichord and violin things.’ This will be the first time we’ve all performed together.”

“It takes a number of stars to make up a whole constellation,” Acker says. “We’ve been rehearsing a couple of months.”

May 9 was the first time the whole group was able to get together.

“We had been doing it in pieces,” Acker says. “Marcy drives up from Jacksonville.

“I restored a piano from the 1850s for her family. She was educated in Europe and was playing professionally in Europe, but moved back to the states a few years ago and retired.”

Bach is a favorite composer with the group.

“There’s so much in the music. A lot of people think Bach is abstract, but he’s not.

“He’s always expressing joy,” she says. “Bach was a very religious man and a lot of times it’s about suffering or redemption or struggle or joy.”

While an old instrument, the harpsichord has come in and out of favor over the centuries.

“The instrument was popular very much through the 1700s,” Acker says. “That’s when things start changing.

“The harpsichord and other instruments came to be not so trendy as the piano was invented. They started moving out of the royal palaces into the larger society.

“There was a revival of early instruments in the very late 1800s,” she says. “What you would call the newest early movement started in the 1960s and really got going in the 1970s and ’80s. It’s quite healthy now, I’m happy to say.”

By the day of the concert, Savannah Baroque should also have a drum and tambourine.

“You’ve got to have the harpsichord and one bass instrument to make it really kick,” Acker says. “We’re working on that.

“The goal of this group is to make amazing music and have a great time,” she says, “I am the chief instigator, but everyone contributes.”

Acker says there will be many more Savannah Baroque concerts in the future. One point of pride for her is that she will play a double manual Flemish harpsichord that she built herself.

“Marcy plays a seven-string viola di gamba that is different from a cello because there’s no stick,” Acker says. “She holds it up with her legs. The bow is held differently and has tied-on frets. Jeana is playing a one-keyed wooden flute called a traverso.

“Any type of chamber music is much more intimate. It’s like we’re dancing together,” Acker says. “It’s a very special type of performance.”